Antitrust investigation against Google – what does it mean?

All the major tech giants are about to feel scary about this news. No monopoly business again. According to The Washington Post, the justice department is preparing an antitrust investigation against Google. The New York Times, The Wall Street Journal also confirmed the story.

Alongside Department of Justice, FTC (Federal Trade Commission) works to bring federal antitrust cases against any business. Google has faced multiple antitrust fines in the EU but never was in US. So definitely it would mean a lot for Google. Although, Google appealed for that fine in EU recently.

What is antitrust and how this investigation works?

In 1890, In 1890, Congress passed the Sherman Antitrust Act which prohibits activities that restrict interstate commerce and competition in the marketplace. The Sherman Act was amended by the Clayton Act in 1914 that expanded the definitions of anti-competitive activity and in the same year FTC (Federal Trade Commission) established to break the monopolies.

Is this the first time in tech industry?

It’s not fully clear about which business of Google will be particularly investigated by DOJ. But most industry experts are guessing that this investigation may echo the EU antitrust investigation. In recent years Google, Facebook is getting hit by the US lawmakers for their business practice, privacy policy and other issues. Even President Donald Trump seems not happy with these tech giant either.

So we can’t do anything rather than waiting to see the big headlines very soon and let’s see how FDC, DOJ and Google start and operate this battle. But whatever comes with it, we hope that would be better for consumer and the industry. 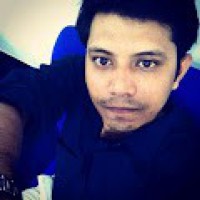 Shaharia Azam is a software engineer, tech enthusiast, startup owner as well as a tech entrepreneur. His passion is to write about technology, startup. To send any tip or story to this author or contact with this author, send an email at shaharia@techmatra.com

Google for Startup is partnering with Backstage Accelerator

Google to acquire Looker with $2.6 billion

Antitrust investigation against Google – what does it mean?